Let us help you find UK taxi services in your area now!

Welcome to Orbital cars. We specialise in airport, seaport & local transportation services to and from all major London cities, seaports & airports including Heathrow, Gatwick, Stansted, Luton and City airport. Wherever the destination is, we are here to take you safely, comfortably and on time. Wimbledon Minicabs 24/7 is a Limited Company business with over 20 years experience in the minicab and private hire industry.All our drivers are licensed by the Public Carriage Office and we have a range of vehicles to suit your requirements.Destinations we serve South East England Wimbledon (SW19), Raynes Park, , Worcester Park, New Malden, Motspur Park, Malden Manor, Kingston, Morden, Mitcham, Sutton, Cheam, North Cheam, Putney, Wandsworth, Streatham Tooting, Clapham, Balham, & London stations & airports All other London postcodes Local schools & hospitals All overground & underground stations The City and the Heathrow, Gatwick & London City airports as well as Luton & Stansted

We provide Minicab,Airport Taxi to and from all UK airports From New Malden on Thames, Weybridge, Esher, HorshamNew Malden Taxis, New Malden cabs, cabs in New Malden , Esher taxis , Taxis in esher. Orbital Cars is located in the New Malden area of Greater London. There are at least 20 other listings in the KT3 postcode area. Taxis in Greater London KT3Number of Employees: 30 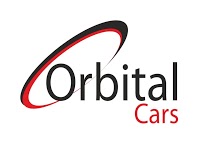 Leave a comment or review about this company. We reserve the right to moderate any offensive comments.

Other Taxi Companies In The Area »

A1 Cars are licensed for Private Car Hire Services. We take great pride in offering our services to clients knowing all our drivers are enhanced DBS Checked and have the necessary documentation to be able to drive passengers on a hire and reward basis. Our services are only available on a pre-book basis or as an ASAP service and any journeys you require must be booked through our control room. A1 Cars have various contracts and agreements with l....
Address:
6 - 7 St Georges Square, New Malden, Greater London KT3 4HG
Phone:
02089422222
Email:
bookings@a1carsltd.co.uk
Website:
http://a1carsltd.co.uk/

The services of New Malden Minicab which are currently being offered in New Malden, London include complete day hire in which clients can get a Minicab for the entire day. We also provide proper trip planning for clients so that they could enjoy their journey to the fullest. We are offering a 24/7 service and our drivers are at a location near you. New Malden Mini cabs has been providing these services since 2015 and we have a great clientele of satisfied customers. We can be reached from all the major Airports of London such as Heathrow, Gatwick, Luton, Stansted and London City Airport. We are also provide service is there Places Restaurants, Pubs /Bars, Theaters, Offices, Clubs, Hosp....
Address:
Woodfield Gardens , New Malden , London KT3 6DY
Phone:
020 3621 6403
Email:
info@newmaldenminicab.co.uk
Website:
http://www.newmaldenminicab.co.uk

View taxi services by selecting one of the regions below: